Algentech specialises in the development of cutting edge technologies for gene editing and synthetic biology tools applications for multi-sectorial applications. The company was incorporated in 2009, is a member of the Genopole BioCluster and performs its R&D activities at the INRA center in Versailles.

Our mission is to solve current technological bottlenecks in the field of genome engineering and bring novel approaches to the market.

Current In house developed products and R&D include the production of enzymes, surfactants and therapeutic compounds in chloroplasts, the development of efficient booster tools for increased efficiency of Crispr/Cas9-based genome editing methods and the induction of cytoplasmic male sterility in selected crops via mitochondria transformation.

Dr Sorokin has more than 20 years’ experience in genetics, agronomy and biotechnology. He obtained his PhD in plant genetics obtained in 1991 from the school of Agronomy in Minsk for his work on wheat and triticale genetics. Prior to founding Algentech he held the position of senior research associate at the Sainsbury Laboratory (Norwich, UK), in charge of technology development and consultant at Plant Bioscience Ltd (Norwich, UK). He is co-inventor on 5 patent families owned by Algentech.

Dr Malcuit holds a PhD in plant virology received in 1998 from the department of genetics, Trinity College (Dublin, Ireland). Dr Malcuit has extensive experience in genetics and biotechnology. Prior to founding Algentech, she held the position of senior research associate at the Sainsbury Laboratory (Norwich, UK), in charge of the programme for functional genomics using VIGS (Virus-Induced Gene Silencing). She is co-inventor on 5 patent families owned by Algentech. 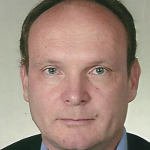 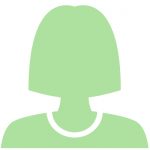 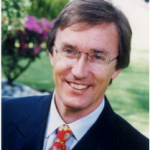 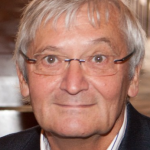 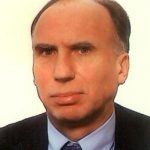 PhD in molecular virology from Jacques Monod Institute, Paris. After completing a post-doc at the Rockefeller University, New York, she joined Algentech in 2011, in charge of chloroplast technology development

Msc in Biochemistry from Minsk University. Alena joined Algentech in 2011, in charge of the plant transformation platform

Msc in Biochemistry from Caen University; Sandrine joined Algentech in 2016 as a research assistant specialised in molecular biology and tissue culture

This website uses cookies to improve your experience while you navigate through the website. Out of these, the cookies that are categorized as necessary are stored on your browser as they are essential for the working of basic functionalities of the website. We also use third-party cookies that help us analyze and understand how you use this website. These cookies will be stored in your browser only with your consent. You also have the option to opt-out of these cookies. But opting out of some of these cookies may affect your browsing experience.
Necessary Always Enabled
Necessary cookies are absolutely essential for the website to function properly. This category only includes cookies that ensures basic functionalities and security features of the website. These cookies do not store any personal information.
Non-necessary
Any cookies that may not be particularly necessary for the website to function and is used specifically to collect user personal data via analytics, ads, other embedded contents are termed as non-necessary cookies. It is mandatory to procure user consent prior to running these cookies on your website.
SAVE & ACCEPT